I am trying to create a simple map with Geoviews which allows me to select between different values of a dataframe column such as the following example taken from here. 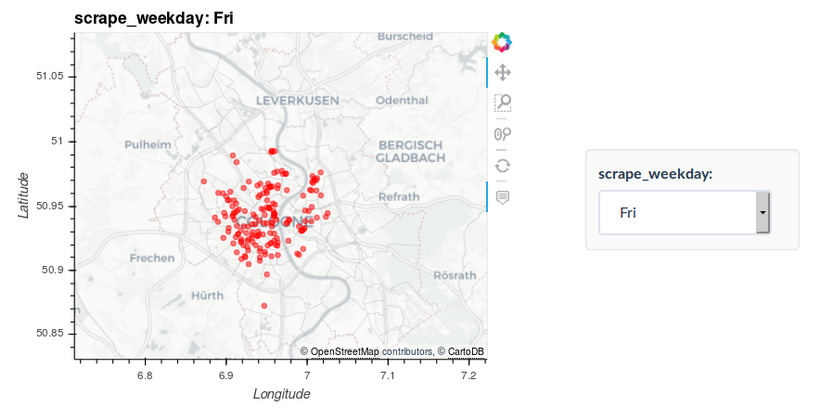 I tried to reproduce the same example on this simple dataset:

then create the GeoViews interactive map with a Bokeh backend:

the output is not the desired one but rather an empty drop down menu with no map at all (unfortunately I cannot post another image since I’m a new user). But no error.
If I remove the .groupby('name') the map appears as expected but obviously without any dropdown menu to select different map layers that show point of different name.

I am on a Windows 10 machine using Jupyter Notebook and Python 3.7.3 with anaconda and among others the following library versions:

EDIT: Was able to solve the problem by updating my conda environment and with it the geoviews and holoview library to 1.6.6, 1.12.7 (so no change there - wasn’t the issue) and then manually setting bokeh to version 1.4.0 (apparently an issue with v2.0.0 according to this thread). Hope that helps anyone else

Thanks for following up and posting how you fixed it!