Strange results depending on zoomlevel

When fully zoomed out, the sine wave fills the entire view and becomes transparent. Understandable, because the lowest density is basically the plot, rather than the background. 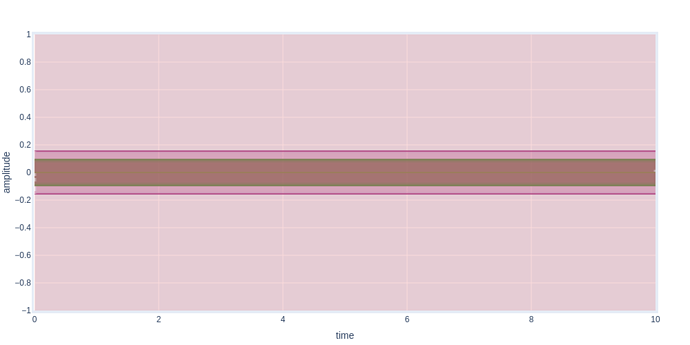 At some zoom levels aliasing occurs leading to a low-frequecy sine being visible. I guess it’s to be expected, but it’s a bit ugly. 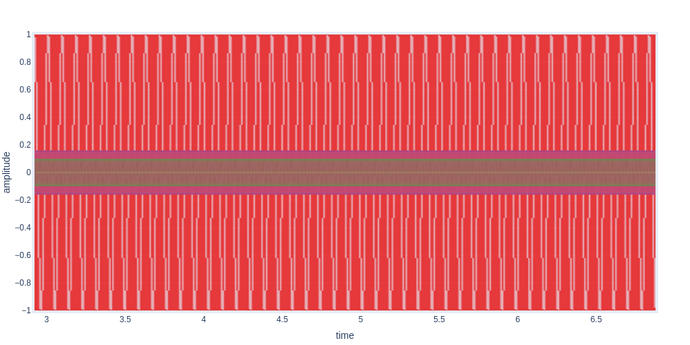 At some zoom levels the plot is really pixelated. 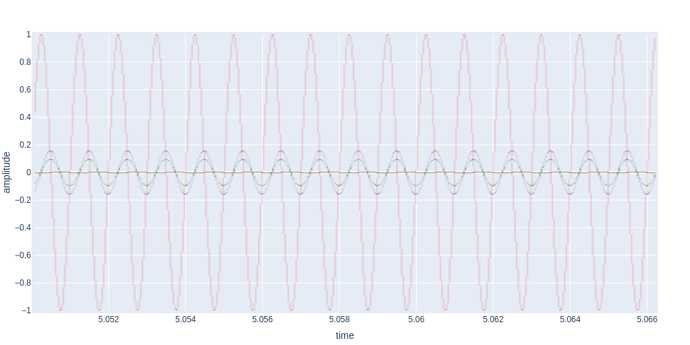 And at others extremely thin 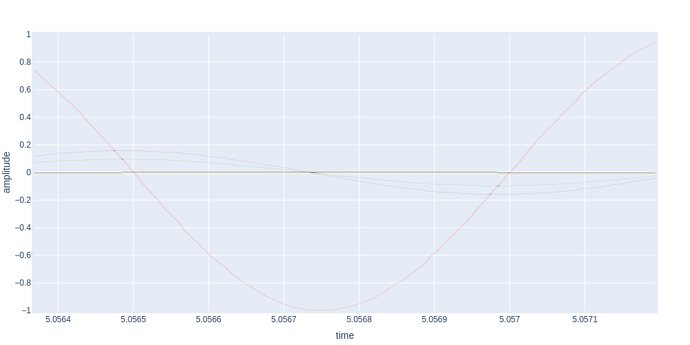 If there is any way to make the result more consistent I’d love to hear it.

Note that these are some particularly weird edge cases, on most data and zoom levels the result is already pretty awesome.

Maybe something… https://discourse.holoviz.org/t/how-to-show-hide-overlay-depending-on-zoom-level/61/5 looks like at a certain level it flips off the shading in quite a seamless fashion it may be of some use to you

Of course it would not solve the first two problems, but possibly provide a better view when zoomed in.

I’d still like to understand why the apparent pixel size changes so much in the detail view though.